PCD prepares to board the helicopter in Cuba after filming the historic, world-record smashing "Apache Star" speedboat run from Key West to Havana. Paul filmed aerials of the epic crossing, and supporting footage in Havana.                           Photo: Lex Barker

"I've had the pleasure of attending several film festivals emceed by Paul, and they are by far the most memorable ones I've seen. He is charismatic, funny, entertaining, talented, has great timing, and really knows how to keep an event moving."                 Alexandra Rose - Ocean Geographic Magazine

"His lively narrative and stunning underwater shots captivated the audience, who asked him a number of questions and even followed him after his presentation."                        Philippines Dept. of Tourism 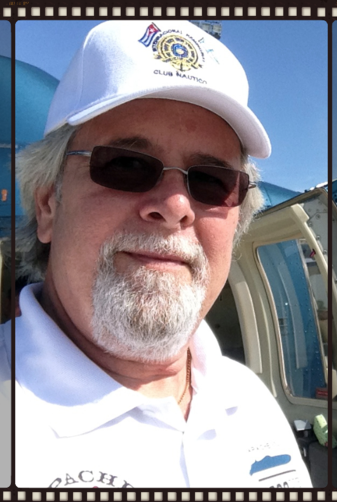